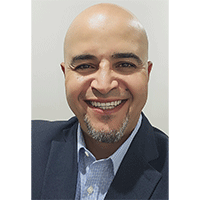 Abbott is the Director of Postgraduate Studies at Marcus Oldham College. A passionate agribusiness academic with over 25 years’ experience in business and academia. Abbott is an expert on innovation and technology management with an emphasis on the impact of innovation and technology on agribusiness, education and society. His research covers the fields of AgTech, Managing Innovation, Smart Cities, Blockchain, Artificial Intelligence, Robotics, to name a few.

After completing a commerce degree at the University of Melbourne, Andrew’s experience in the financial markets began as a cash and securities dealer for the Bank of New York in Sydney. After a few years Andrew moved to London and accepted a position as foreign exchange dealer for a Shearson Lehman Hutton subsidiary. Andrew progressed rapidly to the position of Senior Dealer, Futures and Options, with responsibility for implementing the hedging strategy of the treasury department, and trading futures, FX and options.

On his return to Australia in 1990 Andrew launched an asset management company to apply his extensive knowledge of markets, developed during his banking days to proprietary trading and the broader asset/fund management world. He has been responsible for the launch & successful operation of a hedge fund business focussed on Asian investors but with a global investment focus. This business was bought out & prior to launching Newport Private Wealth, Andrew was the CEO of Easton Asset Management Ltd; part of the Easton Investments Limited (ASX:EAS) group. In addition he & his business partner launched one of the most successful financial advice companies in Singapore. Andrew was a Board member involved in bringing one of Australia’s first P2P lenders to market, and has been involved in similar transactions including the listing of a Tech start-up, a gold mining company & the early stage seed capital raising for a Food & Beverage company.

It is this 30 year experience in the financial services industry that Andrew brings to the course. Andrew has been a part time lecturer at Marcus Oldham for over 10 years. 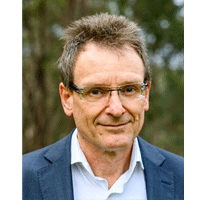 Craig is driven by a passion for improving organisations – accelerating innovations and business growth. A successful management consultant for over 20 years, he understands the challenges as organisations navigate the impacts of disruptive change in their industry and sector.

Craig is an experienced workshop facilitator and delivers engaging and strategic workshops to organisations throughout Australia on strategic business planning. Most recently, he has been developing and running innovation and business growth programs and workshops for health, technology, digital businesses, circular economy, professional services, and manufacturing. 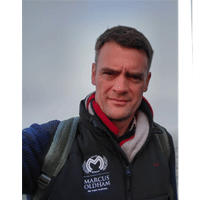 Duncan Ashby is a lecturer in agribusiness, accounting, and law at Marcus Oldham College. He also consults as a farm business adviser and CPA specialising in farm business management, finance, and succession planning.

Operating throughout south-eastern Australia, he works with clients to review, analyse and develop efficient and profitable businesses. His focus is on ensuring the businesses are structured in a tax effective manner with clearly developed succession and estate plans.

He also undertakes corporate governance work with selected companies, has co-authored an AgriFutures Australia (RIRDC) publication on land leasing and is a Churchill Fellow (who researched farm leasing in the UK, Canada and the USA).

He studied economics, management and business law (Bachelor of Commence from The University of Melbourne); and politics (Graduate Diploma of Arts (Pol.Sci.) – also from The University of Melbourne); and has further post graduate qualifications in accounting (CPA) and certification from Oxford University in Blockchain Strategy. He has utilised this education in a broad range of work experience from roles in the financial sector with JBWere; to roles in government with the Department of Agriculture, Fisheries and Forestry, and with the Department of Defence.

Kate grew up on a family operation running sheep and mixed cropping between Balranald and Hay in NSW, however after completing her formal education in Melbourne, has come to Marcus Oldham College following a varied career in Human Resources and Executive leadership in the private and public sector. Kate has worked across a broad range of industries including, Education, Government, Health, Construction, Airlines and Finance with organisations and positions based in Australia, Vietnam and the United Kingdom.

Masters qualified in Human Resource Management, Kate is delivering courses in Human Resources, Industrial Relations and People Risk at Marcus Oldham; is a facilitator on the Marcus Oldham Rural Leadership Program and works as a casual academic for Deakin University in their School of Business and Law. 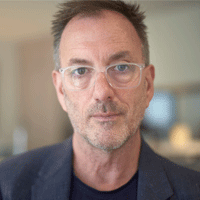 Dr Rowe is an Australian educator, business advisor, technologist, and coach. He draws on a depth of experience across business, government and not for profit to ensure his analysis is outcomes oriented and pragmatic.

Michael holds MBA and MMkt degrees from Melbourne Business School and was awarded a PhD for his research focused on value creation through stakeholder interactions. He is Visiting Professor for RMIT’s School of Business and Management in Ho Chi Minh City, and has taught extensively at post-graduate level both in Australia and throughout Asia. 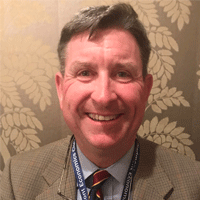 George P. Apperson III “Pat”
Pat is currently a part-time graduate program instructor in the Masters of Agribusiness program at Marcus Oldham Collet in Geelong, Victoria, and has been an undergraduate lecturer in the Agribusiness program at Clemson University in South Carolina, and a facilitator in commodity hedging and agribusiness sales short courses with the International Grains Program (“IGP”) Institute at Kansas State University in Manhattan, Kansas.  He is also consulting for domestic and international commodity trading and marketing companies in the areas of financial risk management and the agricultural sales process.

Between August 2016 and August 2019, Pat was a full-time lecturer in the Agribusiness Program within the Department of Agricultural and Environmental Sciences in the College of Agriculture, Forestry, and Life Sciences at Clemson University.  He has lectured and instructed undergraduate and graduate courses in commodity futures markets, agricultural sales, agriculture’s importance in society, and agricultural economics.  In the summer of 2019, he founded and led the Clemson University Agribusiness Study Abroad Program in Australia based at the University of New England in Armidale, NSW.

Pat completed six years of academic study at Clemson that included a M.S. in Applied Economics and Statistics culminating in attaining his Ph.D. in Public Policy (Agricultural) in August 2016.  At Clemson, he received the J. S. Lytle Memorial Graduate Student Award for both 2015 and 2016.  His agricultural regulatory policy research dissertation addressed high levels of commodity price volatility for the period between 2007 and 2015 in the agricultural cash and futures markets for wheat, corn, soybeans, and cotton.

Prior to his tenure at Clemson, Pat devoted twenty-five years to working in agricultural finance, specifically commodity risk management in Australia and the United States.  He has worked on the floor of the New York Cotton Exchange, the Far Eastern trading desk of a British commodity brokerage house, as a commodity broker for a United States investment bank, in product development for Europe’s largest futures exchange, as an associate director of Britain’s oldest merchant bank, as risk manager for Australia’s largest irrigated farming operation, and as managing director for eighteen years of his own commodity hedging advisory business, serving clients in the United States and Australia.

Pat has an M.B.A. from the University of Edinburgh (1987) and a B.A. in Economics from the University of the South, “Sewanee” (1983).  During his time at Edinburgh, he worked at the London International Financial Futures Exchange composing his financial thesis on a Eurobond futures contract that earned him the Walter Scott Prize for the Business School’s top financial research in 1987.

Having made presentations to the International Cotton Advisory Committee in Washington, D.C. regarding cotton price volatility and given lectures in Agricultural Economic and Agribusiness programs in the United States and Australia, Pat has also presented papers to the Agricultural and Applied Economics Association, the Southern Agricultural Economics Association, and the Southern Political Science Association, focused on the application of policy theory to agricultural commodity futures market volatility.  While in Australia, he co-authored a paper on Australian cotton futures hedging that was presented to the Australian Agricultural Economics Society Conference in Canberra.  During his fifteen-year residency in Australia, Pat served on the Western Australia Department of Agriculture New Industries Board (1996 to 2000), a member of Graincorp Pty. Ltd.’s risk management committee (1995-2000), and the former Rocklea Spinning Mills’ risk management committee (1995-2000).  Between 1988 and 2003 he made numerous presentations to industry organizations and conferences in Australia and the United States. 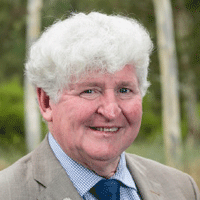 Peter is a social entrepreneur and community enthusiast. Over the last decade he has worked with over 1000 communities throughout Australia and overseas seeking to facilitate fresh and creative ways that stimulate community and economic renewal. He is motivated by the desire to create healthy, caring, inclusive, sustainable and enterprising communities.

Peter has had a background as a youth worker, teacher, youth education officer and tertiary lecturer. His employment experiences have also included Director of Employment in Western Australia, Manager of the Community Employment Development Unit in New Zealand and Coordinator of the Natal Kwazulu Job Creation and Enterprise Strategy in South Africa. 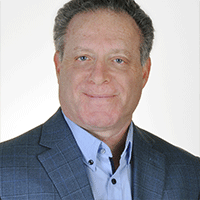 Dr. Kane is currently an executive trainer at Portland State University’s School of Government working on the USAID project “Strengthening Provincial Capacity” in Vietnam. He is also an adjunct professor of business at Northcentral University in San Diego, California, and a postgraduate lecturer in agribusiness at Marcus Oldham College.

Prior to these positions, he was Associate Professor and Head of the Royal Melbourne Institute of Technology (RMIT) Asia Graduate Centre in the School of Business and Management in Ho Chi Minh City, Vietnam, a satellite campus of RMIT University in Melbourne, from 2017-2020. While at RMIT University, he taught several graduate business courses including Marketing, Contemporary Issues in International Management, People and Organizations, Business Operations Management, and Executive Consulting.

Dr. Kane’s research and publications have focused on country comparisons of corporate social responsibility and emerging trends in enterprise digital transformation. While at RMIT Vietnam he was the project director and author of a KPMG sponsored study entitled “Assessing Corporate Citizenship in Vietnam” and co-project director and co-author of another KPMG sponsored study entitled “Assessing the Readiness of Vietnamese Enterprises for the Digital Transformation.”

Dr. Kane holds a PhD in Social Policy from the Heller Graduate School at Brandeis University, a MS in Program Planning and Administration from Columbia University, and a BA with Distinction in Psychology from Boston University. He currently resides with his wife and 3 cats in Portland, Oregon