Each year Howard Yelland, champion of objective measurement and performance recording for improved selection in the Australian Beef Industry, is remembered with the presentation of the Howard Yelland Award.

The Australian Beef Industry Foundation and Marcus Oldham College are proud to announce the recipient of the Howard Yelland Award this year is David Jenkin of Banemore Herefords, Penshurst, Victoria. It recognises his outstanding contribution to our industry “above and beyond” his normal role.

Jim Gough in nominating David for the award said: “David put the good education he had to best use by having a written objective, ambitious plan, desire and energy to make it happen. In supplying the district with genetically faster growing muscular and fertile bulls, not only did he make his clients more profitable, but reduced the greenhouse gas output per kilogram of beef produced benefitting the whole community.”

In supporting the nomination, Richard Archer from Quamby Plains, Hagley, Tasmania said of David: “David Jenkin was one of the instigators of using Breedplan in the Australian White Face Industry. His passion for Breedplan and measuring different cattle breeding traits certainly encouraged many producers to follow suit throughout the whole of south eastern Australia. David’s success with his Hereford stud and in steer competitions at Hamilton showed cattle producers that Breedplan through commercial aspects of cattle breeding can really increase profitability of the cattle industry as well as increase productivity at home.”

Richard went on to comment: “David’s engagement, support, guidance and enthusiasm with the next generation of beef breeders is vital in keeping interest and progress within the Australian Beef Industry.”

Again, Ian Marshman AM from Limestone, Victoria supported David’s nomination and said: “He has been the driving force behind several field days and extension sessions at which national leaders in beef research and management seek to inform later adopters of the merits of bull selection on the basis of scientifically proven and measurable genetics. He has been a key contributor to the success of the Hamilton Beef Expos which over many years have been the southern Australia benchmark for promotion of the beef industry and the promotion and translation of performance assessment.”

In summing up, John Gunthorpe, Chairman of ABIF, said: “Howard Yelland was a mentor to David Jenkin and together they provided the needed leadership to improve beef performance across Australia. We are honoured to recognise David with this award and wish him every future success.” 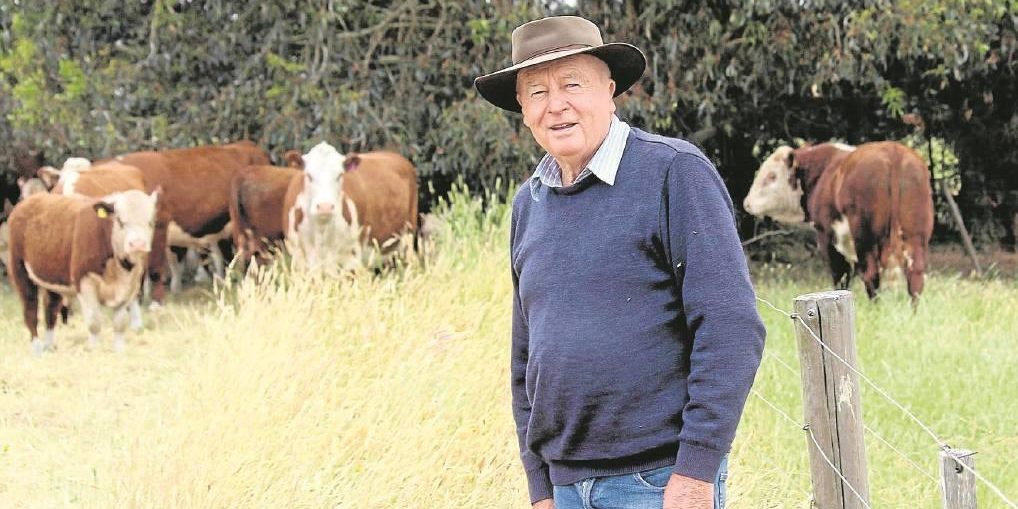 Register your interest for the 2020 Howard Yelland Award.