A key component of the one-year Diploma of Equine Management program at Marcus Oldham is the industry practical placement. Students are given the opportunity to gain relevant work experience on prominent horse establishments across the world, providing the hands-on practical experience required to expand on the theory learnt in the classroom. 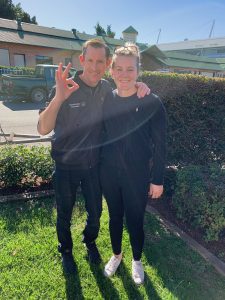 Tell us a little about yourself and where you are from?

I’m 24 years old, originally from the Gold Coast and have been living in Ballarat for the past five years. I grew up surrounded by horses as my dad was a jockey and unfortunately for him, I got the bug very early!

I started at pony club, and once I was old enough, I became an avid show jump rider at many local and interstate agricultural and royal shows. My interest in the racing industry eventually took over, and I have now been involved in the industry for 8-10 years.

When did you realise you wanted to pursue a career in the equine industry?

Quite young. I remember growing up, I had a pram that I would push around and in the pram would be a doll and a stuffed horse! Dad was heavily involved in the industry as well, so I would go to the races with him and out to the studs in the truck when he would drop off and pick up mares.

I never really chose the industry as such, but I wouldn’t change a thing! Especially racing, it’s not all glitz and glam like some suggest, its hard work, passion and to be honest you have to love it because the hours are crazy. People often look at you like you’re a lunatic when asked what job you do – who knows, maybe they’re right! – but I do know one thing; if you work within the equine industry and are good at what you do, it can take you all around the world. Not many industries can do that.

You had the opportunity to choose where to undertake your industry practical placement, was it an easy decision? Where did you decide to go and why?

For me, it was an easy decision. I have always been interested in the bloodstock side of the industry because from a young age, I was taken to Magic Millions sales and Inglis sales. With that in mind, I decided I wanted to get a better look from the inside to see what happens during and after the sales. I was lucky enough to go to the Magic Millions on the Gold Coast for the National Sale. It was a great experience and I’m grateful to all the team up there for helping me out.

I was also lucky enough to spend five weeks at Chris Waller’s stables in Sydney. All I can say is wow! That place blew my mind, and I loved every second I was there. Chris’ attention to detail is impressive; how he runs the business and overall just how he does his worksheets for track work. I was fortunate enough to not only ride a few Group 1 winners in trackwork but ride with the likes of Hugh Bowman, which was certainly a highlight.

I also got to spend a fair bit of time with Chris, which was brilliant as some people said: “I bet you won’t even see him”. Chris is there at 3:30 am every morning; he goes to all eight barns, says good morning to all the staff then heads out to the tower for trackwork. It is just a completely different world in such a big well-run stable. The staff there were so lovely and welcoming, making it even better.

It sounds as if it was quite the experience! If you could choose just one highlight, what would it be?

Meeting Hugh Bowman, he is so humble and just down to earth! Obviously meeting Chris was right up there too. 😉

And the skills you learnt, tell us about what you gained while on placement.

At the Magic Millions, I was doing sign-ups (sale contracts) which was interesting as it was something I had never had to do before. I was also doing stats on certain big buyers to see what they had spent this year compared to last year and a range of other tasks too.

At Chris Waller Racing everything done in that stable is done for a reason. Chris is very big on updates; I would be doing spellers and pre-trainer reports as well as pre-race reports for owners. He is very upfront with his owners as well, for example, if one of the horses has a minor cut or a bump on it he will tell them straight away, which I was very impressed with. Again, that’s just his attention to detail.

I was also paying accounts and adding invoices into the system. I attended quite a few race meetings while I was there and met some lovely owners who were just so humble and kind. They genuinely cared about what you were talking about when asked.

Having now spent time in the industry on your practical placement, what’s your new dream job?

Definitely what I was doing at Chris Waller Racing; riding trackwork, going into the office and attending race meetings would suite me down to the ground! 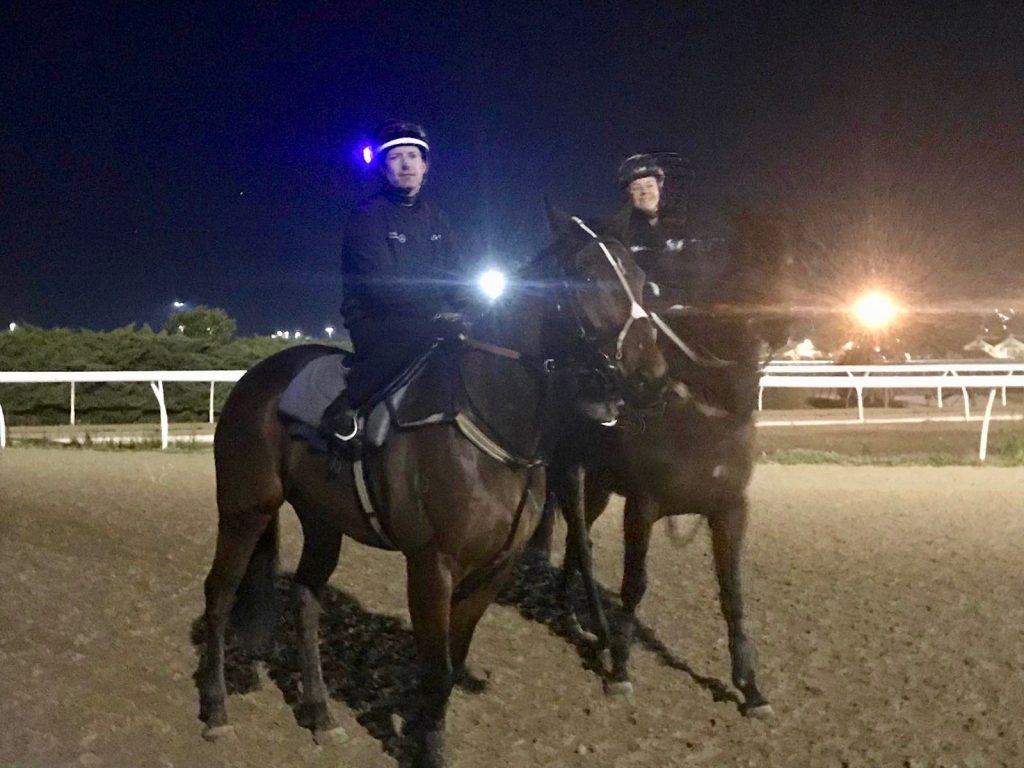 Register your interest for the Nikki White shares insight into equine practical placement.