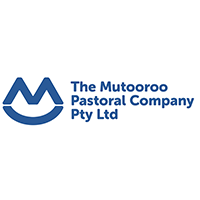 Mutooroo Pastoral Company consists of five stations located in the North East Pastoral Zone of South Australia. It is a sheep and cattle enterprise which also manages its own stud sheep operation.

The approximate total property size is 24,281 km2. The majority of the properties run north to south along the NSW/SA border, either side of the Barrier Highway.

The recipients of the Mutooroo Pastoral Company Scholarship are strongly encouraged to undertake their Industry Placement with the Company. The recipient’s role will comprise of general farm duties required on a sheep or cattle station. The recipients will also benefit from the experience working on and around all five properties during their time spent with the company. MPC is keen to encourage people into livestock management as a profession and as a result, this could lead to future employment opportunities within the company.

At present, Mutooroo Pastoral Company runs, in conjunction with South Australia TAFE, short courses such as Welding and Heavy Machinery Operation. These courses are open to all employees on the stations.

Mutooroo Pastoral Company is family operated run by the Morgan/Wells families, all direct descendants of Peter Waite, who opened up the northeast pastoral runs in South Australia in 1868 with Sir Thomas Elder.

Applicants intending to enrol must meet College entry requirements. The successful applicants are highly encouraged to accept an offer of Industry Placement with Mutooroo Pastoral Company. This would give them access to a range of practical experiences, and exposure to managerial styles across the huge run of properties. Because of the proximity to Broken Hill, employees may enjoy off-station life including sporting activities.

What role do you see wool production playing in the future of Australian agriculture?